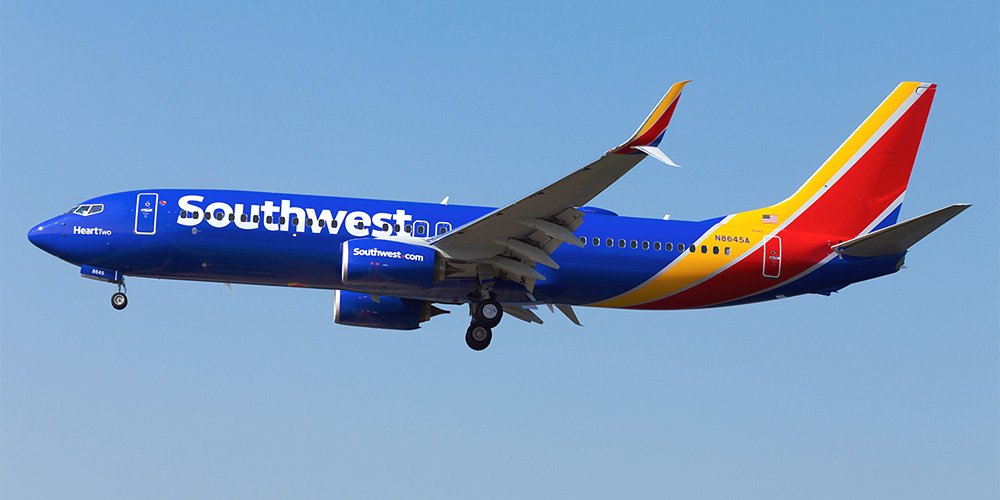 The airline was established in 1967 by Herb Kelleher as Air Southwest and then adopted its current name, Southwest Airlines, in 1971 when it began operating as an intrastate airline wholly within the state of Texas. The airline has more than 55,000 employees as of July 2017 and operates more than 4,000 departures a day during peak travel season. As of 2014, it carried the most domestic passengers of any U.S. airline. As of September 2017, Southwest Airlines has scheduled services to 99 destinations in the United States and eight additional countries, with service to Turks & Caicos beginning on November 5, 2017.
Southwest Airlines has only operated Boeing 737 jetliner models, except for the period from 1979 to 1987 when it leased several Boeing 727-200s from Braniff International Airways. As of January 2016, Southwest is the largest operator of the Boeing 737 worldwide, with over 700 in service, each averaging six flights per day.

Slogan: Low fares. Nothing to hide”